Your Stories, Your Hub On Campus: Carli D. 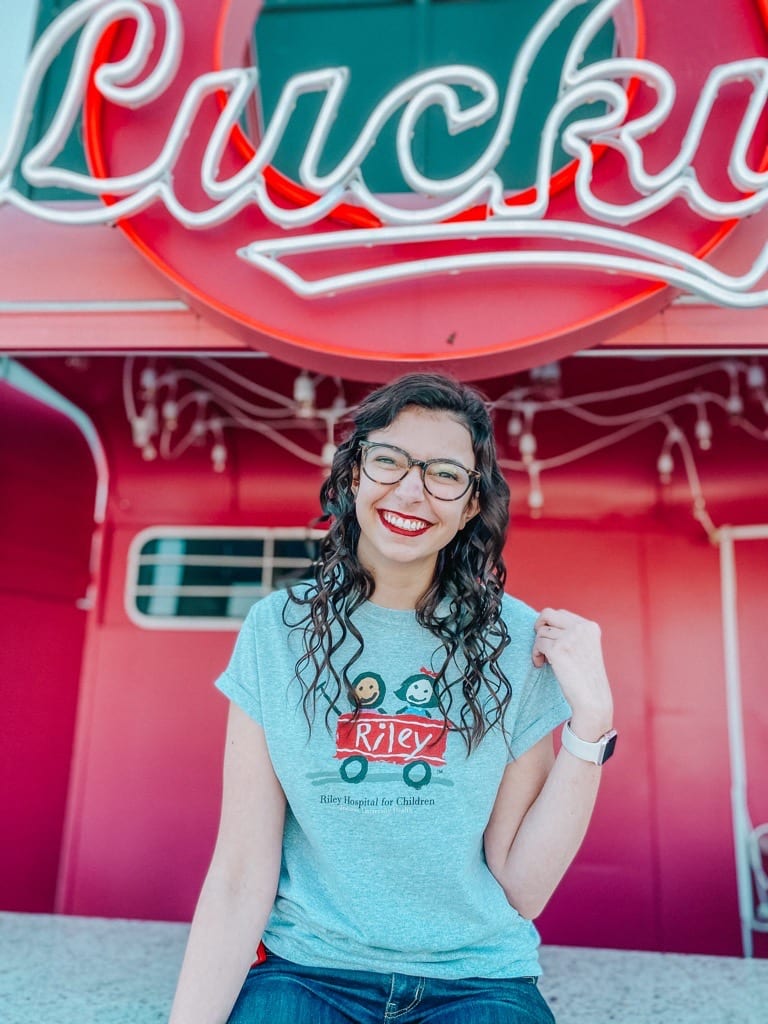 Welcome to our our first installment of the Your Stories, Your Hub on Campus series, featuring the words and experiences of your fellow students and Hub on Campus neighbors from around the country.

The following post is a story submitted by the one and only Carli DiGiovanni of Hub on Campus Lexington.

Some days, there won’t be a song in your heart. Sing anyway.

When I was a kid, I always had a hard time keeping up with my friends. I trailed behind all of the other students in gym class. The older I got, it seemed like, the less physical activity I could tolerate. My parents would tell me that I was just out of shape, and my coaches would push me to try harder. I eventually gave up on sports because no matter how hard I trained, I was always gasping for air. It only got worse as I grew older. It was not until my sophomore year of college that I started to realize that something was wrong.

My low tolerance for physical activity was something I had grown used to, but sophomore year I started to notice I was getting short of breath even when I wasn’t exercising, and I had constant chest pain. I couldn't walk up one flight of stairs without needing to stop; three flights would make me pass out. I was referred to a cardiologist and had dozens of tests that never gave me an answer. Then, in January of 2017, I had a heart attack while I was running. Even after that, every doctor I saw thought I was exaggerating.

I felt hopeless. I was a teenager with a history of a heart attack, but no one took me seriously. My parents started believing the doctors; they thought I was being dramatic. They gave up on trying to find an answer. When I first started getting different tests done, I got diagnosed with pectus excavatum, which means my chest caved inwards. Whenever I brought it up to my doctors, they brushed it off, immediately dismissed it.

I was on my own, with no one in my corner. It took everyone else giving up for me to fight for myself. I decided to take my health into my own hands. I had to be my own advocate, which is intimidating when you’re young.  I had always believed that my pectus was not something to ignore. I no longer had my parent’s support, so I had to find a doctor all on my own. I went to Riley Hospital for Children and met Dr. Landman. Dr. Landman changed my life. From the beginning, he assured me that this wasn’t in my head, my pectus was a real issue. My sternum was actually pressing on my heart and my ribcage kept my lungs from fully expanding.

Dr. Landman performed my first heart surgery on December 12, 2018. In order to repair my pectus, I had two titanium bars placed inside my chest and under my ribs. After the six-hour surgery, I stayed at Riley for a week. The recovery was brutal and the pain overwhelming for a long time. The surgery I had is the second most painful surgery you can have. I had to have an epidural put in for the operation and for the first few days post-op. The pain was not what I expected. For one, it was worse, more than what I was prepared for. I was probably in pain for a few months after surgery. With the titanium bars in and my ribs pushed out, it was a lot for my body to adjust to. With my spine and ribs in a new place, my muscles were strained for a long. Once the pain subsided, my symptoms had disappeared. I was starting to learn what it really felt like to take a deep breath, to walk up a flight of stairs without a struggle. Before surgery, I only had 3 inches between my sternum and my spine, now I had 8. Since then, I have had two other heart surgeries done by Dr. Landman.

I started working as Hub Lexington’s Event Planner this summer. In July, I attended the Core Summit and was able to become more integrated with the Core Team. During the three-day workshop, we got to hear our CEO speak and he gave the opportunity for use to ask him questions. Now, I have always been a nerd, I love learning new things and asking questions. It took me a minute, but I worked up the nerve to ask him a question. I told him about my passion for Riley and brought up the idea of collaborating with them. Just that small initiative has led to Lifestyle creating a fundraiser for Riley Children’s Foundation. I am incredibly humbled that they have given me a platform to share my story and give back to Riley.

It is hard to look back, to remember how I hid such deep suffering inside myself. It would have been so much easier to give up, to be consumed by my pain. I never want my pain to turn my heart into something ugly. I will show you that surviving can be beautiful.

This holiday season, Hub on Campus Lexington, Hub Limestone, Hub West Lafayette, and Hub East Lansing have teamed up with Carli to give back to Riley Children’s Foundation, which can learn about and also donate to here!

If you’d like to contribute your own story to our series, you can find the submission form here.